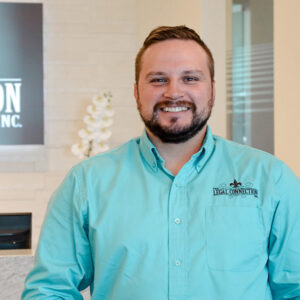 Heath was born in Albuquerque, New Mexico but quickly moved to Perry, Oklahoma where he spent most of his life. After high school, he attended Oklahoma State University where he earned a degree in general business with minors in marketing and management. During his time at OSU, and thereafter, he worked with Fastenal where he took on many roles, including inside/outside sales, warehouse manager, and account specialist.

While at Oklahoma State, he met his wife, Amanda, and they moved to Connecticut after she graduated.  After a few years in the North East, they both decided it was time to move back home to the south.

Heath joined TLC in the spring in 2018 as part of the North Texas Business Development team, helping TLC expand to its fullest potential.

In his spare time, Heath enjoys spending time with his wife and two dogs, and being on the lake with a fishing pole in his hand.